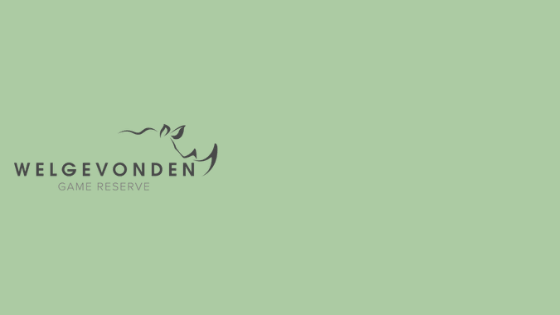 How we protected Welgevonden Game Reserve against Hackers and Poachers

We have recently been securing a game reserve based in South Africa, to ensure their computer systems are secure from hackers, and also more worryingly - animal poachers.

Welgevonden is in the Waterberg District in the Limpopo province of South Africa. This reserve forms part of the Waterberg Biosphere Reserve and is home to many species of wildlife including the Big Five. The district was declared a UNESCO biosphere reserve in 2001. Welgevonden is one of the few private reserves with a formal partnership with the SA National Parks, and is known for developing advanced techniques and technology for the conservation and wildlife industry. This reserve is at the forefront for developing a new anti-poaching system, which will not only focus on rhinos, but also the surrounding wildlife. The system has potential to increase the poacher capture rate from less than 5% to more than 85% which is a game changer in the fight against poaching.

Welgevonden, like many companies, were unaware of the risks that it faced with potential hackers, they saw themselves as a small, risk free organisation. This being the case, they had insufficient security measures in place.

Late last year, we were contacted and sent out to work with Welgevonden when they were confronted with a vicious ransomware attack with encrypted key data files. When getting to work on protecting them, we had to restore all encrypted data files, as well as protecting them from this type of attack again.

How did Foregenix help? Our two step approach

Securing the environment and getting it up and running again was essential. When we arrived on site, we gave them a full assessment of there IT security systems, and guided the Welgevonden team in securing their environment, so that they could get back to work imminently.

We provided Welgevonden with our Managed Detection and Response service (MDR) powered by Serengeti. The deployment of this technology allowed our Threat Intelligence Team (TIG) to monitor key telemetry across the IT environment which will rapidly detect and mitigate any existing and early-stage threats.

Our MDR service captured and analysed data which was key for Welgevonden to help them minimise the threat of future cyber attacks on the reserve. Welgevonden now has suitable security measures in place to ensure they are protected and monitored 24/7/365.

These measures have proven successful as Foregenix MDR is regularly detecting and preventing new attacks daily. Companies and organisations need to be aware that they're a potential target and that it's important to implement the correct security solutions to keep them safe.

If you would like to know more about Our Managed Detection and Response service, get in touch today.