Malware continues to be one of the main attack vectors used by criminals to compromise user and corporate data. Using phishing or social engineering based attacks, criminals attempt to lure an unsuspecting victim into launching a malicious piece of code. It can then do anything from sit in the background as a zombie waiting for the next instruction, or something more sinister, such as lock your computer and demand payment. This is something we've  seen in the recent NHS WannaCry and Petya/NotPetya ransomware breakouts (as badly orchestrated as they may both have been).

In the case of this malware, it's being sent as attachments. The goal of the attacker is to create a payload in the attachment that is Fully UnDetectable (FUD) by Anti-Virus (AV) software. Therefore allowing the payload to bypass all controls, execute and make the attachment enticing enough for the user to open it.

If you google FUD you may get some ‘interesting’ definitions of the Celtic variety from the urban dictionary! For the purposes of this article and from a security perspective, FUD is the acronym to describe a piece of code that is Fully UnDetectable by Anti-Virus (AV) software.

From a penetration testing perspective we want to replicate what the bad guys are doing in a safe manner. This is to check if a customer is vulnerable and to better mimic the threats that are being faced. In this instance, we are interested in generating code that will bypass the AV installed on the host we are trying to compromise. 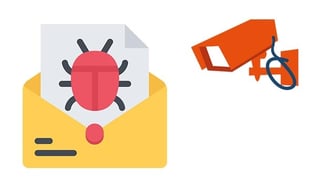 Generating FUD code can be achieved by writing custom code that AV has no knowledge of. Relatively simple C# code was written to create a basic reverse shell, back to a netcat connection, which then  bypassed a popular corporate-grade AV. I was amused it succeeded so easily, so I wanted to compare my own code with common methods/tools used to bypass AV.

Much has been written about these techniques at length, so I will summarise the main methods we have used historically as penetration testers for on-disk AV bypass.

Out of all these techniques which is the best? Well, it depends. Remember, although the quest is for FUD, the reality is we only want to bypass the AV being used on our target.

To test your code it is always best to strive and have a local copy of the AV software to see if it detects it. Failing that you can submit to online scanning engines (e.g. virustotal.com) that run multiple AV software products against the file and informs you which ones passed. However, this is a sure fire way of distributing your code to the AV companies for inspection and possibly include your codes signature in their next release. Nodistribute.com is another such site that apparently doesn't notify the AV companies.

So to test out some of the listed methods of AV bypass, I’ll use a simple meterpreter reverse shell as my base. A meterpreter executable is one of the most used shellcode payloads to run on a host during a penetration test; this allows you to execute operating system commands and run other functions to compromise your target host. Things would be very wrong in the AV software if it did not detect it!

For each of the new payloads created by the bypass tool, I’ll provide the basic command/instructions used to create the new payload and display the results in the table below.

Lets see, we’ll analyze the detection ratio on virustotal.com for each method used (apart from Veil-Framework):

The high detection ratios show that modern AV not only detect signatures, but also look for signs of packers and crypters being deployed. This is why older techniques no longer work so well. The results do show that you could still get lucky with what tool you use e.g. using mpress had a 50/50 detection ratio. The Veil-framework worked out best in the sample payloads created, however this was very much dependant on which payload option was chosen.

So with the tools that are available for free, it's a bit of a trial and error approach to see which solution will work for your requirements. Shellter and Veil would offer the best chances for bypassing AV out of the short testing performed.

This brief exercise shows how easy it can be to use freely available tools to bypass AV and that a defence-in-depth approach is necessary to mitigate the ongoing threat of compromise due to malware.

It’s a bit of a cat and mouse affair. The important thing to remember is that your AV is not guaranteed to stop malware but should be treated as one line of defence of many that can be deployed. Additional controls, including non technical ones such as  providing employee security awareness training, strict egress filtering and patch management are some best-practice controls that can be used to help mitigate the threat of that elusive FUD software threat.