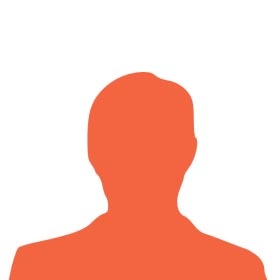 When it comes to talking about encryption, it’s important to ensure we’re speaking about the same thing – and to clarify and simplify some of the different implementations we see. Sometimes these are implemented for security and best practice, while other times they are implemented to tick a box. It's important to know the difference between encryption mechanisms, know when to use what and be able to identify and judge the security of particular implementations. This is the first of 2 or more posts.

This means the same key used to encrypt data is also used to decrypt data. For obvious reasons, this key is often referred to as a “secret key”.

The DES key is a 56-bit key and is padded out to 64-bit. The 8 bits are used for parity and to protect against errors in key usage. TDES is a bundle of three DES keys (format per ANSI TR-31). This bundle can be double length or triple length and is written in terms of the bit length or the key strength. This is why a TDES triple length key can be written as 192-bit (with parity) or 168-bit (without parity). Note that double length TDES is generally deprecated except in a DUKPT implementation. DUKPT means Derived Unique Key Per Transaction - there's a previous blog post on that here.

Given the TDES algorithm is made of a bundle of keys the way it is used reflects this. For example, a TDES triple length key can perform encryption operations using the EDE3 method – EDE is encrypt, decrypt, encrypt.

DES and 2DES are both deprecated as they are of insufficient strength.

The integrity of the secrecy of the key in symmetric encryption is paramount. Consider Kerckhoff's Principle:

A cryptosystem should be secure even if everything about the system, except the key, is public knowledge.

In relation to Kerckhoff's Principle, it's important to note that the actual mathematical workings of encryption are public knowledge and far too complicated for this article! Interesting concepts like feistel rounds and S-boxes and lots of exclusive OR operations will be touched on next.

You'll probably know that a recognised way of creating and transporting symmetric keys is through key components. Key components are binary strings (series of bits) which can be concatenated (joined) together to create the encryption key. The concatenation occurs using an exclusive OR operation - this is generally written as XOR and works as follows... as an aside I'll touch on modular maths here to pre-empt the XOR and it'll be useful for asymmetric encryption later.

Creation of key components and encryption keys usually use a Pseudo Random Number Generator (PRNG) or sometimes you can enter a password which will derive a key for a particular use. This latter is called Password Based Key Derivation Function (PBKDF)

The minimum strength for certificates used for HTTPS communications is RSA 2048-bit keys. The effective bit strength of a RSA 2048-bit key, according to NIST is 112-bits which makes it equivalent to a TDES triple length key.  Here’s a reference table from the PCI P2PE standard consistent with NIST SP 800-57:

The creation of key pairs uses modulo maths and uses a large prime number as the modulo. The reason for is using a prime as the modulo means the results of basic multiplications don't have repeating results. This uniqueness allows the exchange of data to have predictable and specific results once the modulo is known.

Once the session terminates, the encryption key used for the sessions is destroyed.

The next blog post will consider some implementations for encryption of data at rest.