Purple Teaming, here's what you need to know.

Information security is infatuated with colours. It started with the blue boxing that allowed anyone to make free calls, then moved to black hats, white hats, grey hats (to denote attackers), then off to black box, grey box and white box testing to define the type of testing. The latest trend in colours reference red teaming, blue teaming and purple teaming. We will deal with the last one in the remainder of this blog. 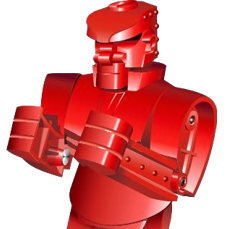 Empirically, red teaming and purple teaming are an indicator of an organisations information security maturity level as defined below:

The last couple of years, a number of advancements have been made in Purple Teaming making it more accessible – and affordable – to the masses. MITRE Adversarial Tactics, Techniques & Common Knowledge (ATT&CK) became available around a couple of years ago with the main goal of providing a common reference point for the tactics, techniques, procedures (TTP) and tools that threat actors use against a targeted entity.

It also provided a reference point of threat actor groups around the globe and their preferred TTPs and targeted industries. That way, organisations could pick which TTPs to address at a priority by looking at the industry they are part of and the TTPs that threat actors targeting said industry use. Keep in mind that the key word in the previous sentence is “at a priority”. Threat actors evolve during their lifespan and add more and more TTPS to their arsenal.

In a nutshell, the main container of information inside MITRE’s ATT&CK is Tactics. These are the main parts of a 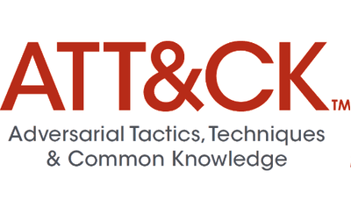 threat actor’s attack chain and include but are not limited to Initial access, Execution, Lateral movement, Persistence, Defence Evasion, etc. The Techniques are how a threat actor implements each Tactic: e.g. in the Persistence category items such as Logon scripts, Scheduled Tasks, Registry Run Keys are present among others.

There are attributes in each category regarding the initial level of access required to achieve each Technique, its applicability, etc. They help paint a fuller picture as to where this Technique fits in the overall attack chain. To cut a long story short, a lot of work has been put into building and – more importantly – maintaining the MITRE ATT&CK platform to provide defenders with as much knowledge as possible regarding attacks perpetrated against them.

Building on top of MITRE’s ATT&CK platform, a few tools started becoming available during the last year or so that take theory to practice. In other words, they take the techniques that are defined in ATT&CK and translate them into actual commands one can post on a monitored system, observe the logged information, make adjustments and repeat. This further streamlines Purple Teaming, since it provides defenders a readymade list of commands they can use as opposed to investing time in creating their own. Those tools are:

Summarising on all of the above, it is clear that with the recent advancements, Purple Teaming is becoming more and more accessible to the masses and is not an “elitists’” activity anymore. Don’t get us wrong, someone choosing to go down that path will still need to invest a significant amount of time getting up to speed and properly setup before delving into it; but the knowledge and technology to help him/her accelerate towards his goal is – and is becoming more and more – available.